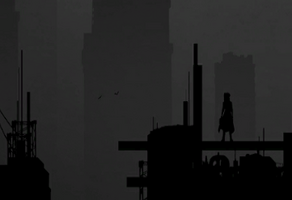 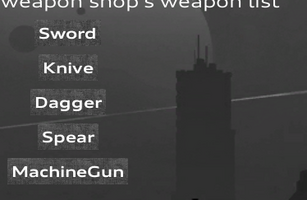 For this interactive fiction project, I have created a fiction game that fights over natural resources. The player wakes up as a messenger on an independent island that is extremely resourceful in gemstones. The government pursuits economic equality by following the principle of communism, there’s no social hierarchy as everyone is working towards the same goal: protect the island from invaders. As a messenger, your goal is to analyze the invader’s information, request the appropriate weapon and deliver it to the fighters to drive them away. I got partially inspired by monster hunter, an action role-playing game developed by Capcom. In monster hunter, the player protects the village by hunting down monsters outside the village. But in messenger, the player protects the village by making a strategic choice. And I also got partially inspired by League of Legends, a MOBA game where players are able to do counter character picks by analyzing enemies’ statistic and information.

Despite creating an interactive fiction with no prior experience, I am overall satisfied with the outcome. I looked at various if games from the example website, and had transferred some of the successful elements over to my game. The background music and image accurately address the vibe. The plot is also complex enough to be challenging as it branches into a variety of interesting choices. At the second stage of the game, the player is able to either “consult with the veterans for hints” or “go with my instinct” to pick the correct weapon. Considering I have no prior experience writing ink script, I believe I am successful at writing; grouping; and re-branching the paragraphs. I have a pretty good and basic understanding at ink scripting language after this project.

I have trouble with the layout as I am not able to move the paragraphs around. They both contain a rect transform attribute and have the canvas as their parent, and I believe the parent is overwriting the transform values of its child. I will figure this part out and update the game.

I have trouble with the sound button. I added an audio source and wrote the correct script for triggering the button sound every time I click the button. It seems like the game code is breaking the audio before it executes. I used the exact same sound script and the UI button in a testing project, it worked fine. I will figure this part out and update the game to have clicking sound on the button.

If I am given more time to do more research on this game, I would include animation and image trigger to improve it. Triggering the scene with different character images and animating the characters will make the game more immersive by expanding the player's imagination. And the game will branch into more interesting choices, eliminating the die and end game problem: there should be more choices going around even if the player picked the wrong weapon.

One of the lessons I learned is the importance of planning. It was my very first experience dealing with ink scripting language, so I decided to write the narrative structure and content on a notebook instead of having to handle the code and content at the same time. I could’ve done a better job at expanding the content and button sound trigger, but I will soon update the game after finding out the solutions. If I have another interactive fiction project in the future, I would definitely integrate the functions I discussed earlier in this post: triggering images base on conversation and animating the background images to make it more immersive by expanding the player’s imagination.

If I am given the chance to change the content of this project, the game will be centered around league of legends in which the game contains educational values where it teaches players to counter pick champions by analyzing enemies’ statistic and information.

you, the messenger of the private island, will have to utilize your wisdom to protect the property.